Every person likes a superhero character. Whether he or she from a movie or real-life character most of the time, they influence the way to be extraordinary from ordinary lives. So how much lucky to choose a superhero from their blood. Bridger Walker became a superhero by protecting her younger sister from an aggressive dog. As a result of this bravery action, he had to get ninety stitches for his wounds.

At the age of six, this kind of action is unbelievable because, at this age, most kids are lack decision making in sudden situations. By admiring his brave battle, his aunt Nikki Walter share this story on social media. She wrote as “My nephew is a hero who saved his little sister from an attacking dog. He, himself, took on the attack so that the dog wouldn’t get his sister.”

This incident happened in the backyard, where a couple of dogs were there. When the dog ran towards them, Bridger put himself between the dog and his four-year-old sister. And in between the struggle, he yelled to his sister to ran away from the dog. With a few minutes of battle, the dog let him go. He grabbed the sister’s hand and ran with her. Immediately the pet secured, and the Bridger took to the hospital, and now he is recovering.

As per his aunt’s wish, his brave action admired by people all over the world, among them The Avengers, Mark Ruffalo- Hulk, Chris Evans- Captain America praised his super effort. Other than them, Hugh Jackman, Zachary Levi, Tom Holland, the Russo brothers, Robbie Amell, and Anne Hathaway have also shown their support for Bridger. Anne Hathaway commented: “I’m not an Avenger, but I know a superhero when I see one. I can only hope I’m half as brave in my life as you are in yours, Bridger. Wishing you an easeful recovery, and many cool looking rocks.” Though his scars have to tell a lot of things, it all shows his braveness. So Let’s also admire his spirit and fast recovery.

Mark Ruffalo, who plays Bruce Banner and The Hulk in the Avengers movies, said that he was impressed by the boy’s heroics

9 Photography Tips How To Make Other People Think You Have...

NASA Reveals A List Of The Best Air-Cleaning Plants For Your...

Designer Grows Trees as Artistic Furniture Straight From the Ground

10 Visual Riddles That Will Test You and Make You Smarter 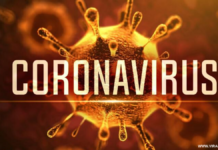 31 Solutions People Came Up With To Try To Protect Themselves...