It needs much effort to imitate the movements of somebody. You may have seen the animals who are trying to copy the actions of humans in Zoo. Somehow you cannot expect such behaviors from wild animals, right?

But Mandy Stantic visited a garbage dump in Northern Manitoba. While the bears are a regular sight in this area, she could catch a bear who looks like chilling on the sofa. It looks like the bear was in relaxation mode while others were looking for food. The bear was relaxing in a very human position; he had one leg casually crossed over the other and was resting one arm on the armrest.

The funny thing was the seating posture of the bear, reminding a person who is watching tv. Since there is no TV, we assume that he was watching a garbage dump and waiting for popcorn or wine.

There’s nothing better than sinking on the sofa after a good meal. Perhaps we’re not as different from bears as we think. 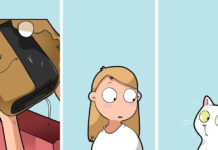 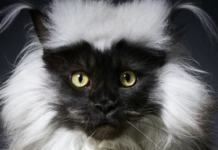 A Google Earth User Found an Underground Entrance to Area 51

Photographer Captures Expressive Portraits of Strangers Before and After Kissing Them

Can You Find a cactus? 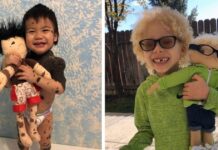 This Woman Is Creating Look-Alike Dolls For Kids With Disabilities And... 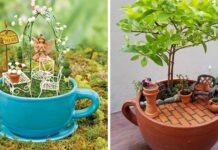 Apparently, Teacup Gardens Are A Thing And Here Are 23 Adorable... 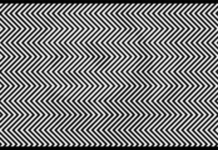 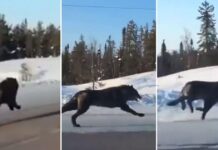