One of a great invention which reveals the structure of the human body is the X-ray. X rays are used for the problems related to bones, organs, and even for teeth for various kinds of medical treatments. For thanks to the Wilhelm Conrad Roentgen, who invented X rays in 1895, the humans could be able to take steps far more than they think about the human body.

With the help of the X-rays, the doctors can be able to address the issues which grew in the body Since it gives a clear picture of the body part. Here are few X rays which confused you by seeing them at a glance. But all these images are real, and it is related to a few humans’ lives all over the world.

It seems to be that not only a shoe but the entire foot is inside the body.

Oh, what? Is that Buzz Lightyear inside the body? It looks like he or she is the biggest fan of this superhero.

It looks like karma has followed him what he has done to the fish.

The owner of the X-ray told that when he ran to catch a mouse, he accidentally felt and the steel bar that he had entered the anus. Anyhow the protruding part was removed after the surgery.

Where are my keys?

SEE MORE: Before And After Photos Of Autumn’s Beautiful Transformations 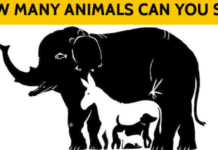 ‘We All Have This Friend’: Shiba Inu Goes Viral For Constantly Ruining Group Pics

Can you help them to find the missing wedding ring?