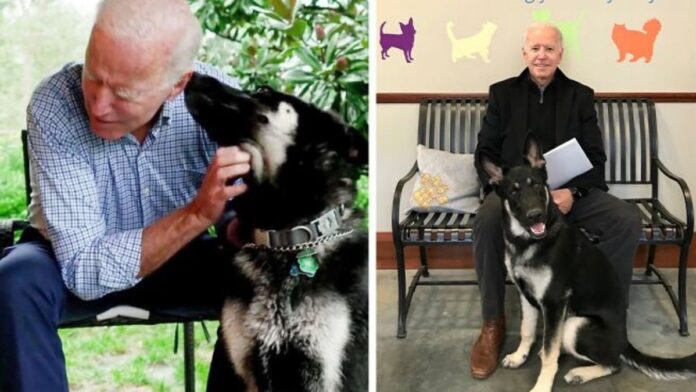 Recently election in the United States of America is one of a noticeable topic other than the Coronavirus. There are a few interesting facts behind this election. This election is bringing a few First into the history of the White House. If we name it, the first woman vice president, who is also the first-ever Black woman and person of South Asian heritage to hold the position and for the first time ever, the first lady is planning on continuing to work a full-time job. Other than that white house also holds the first-ever rescue dog to be living in the palace.

Major has been a pet for Biden family since 2018. Joe and Jill took this doggy from the Delaware Humane Association where he lived with five siblings. They initially planned for providing temporary shelter for the Major, but soon after they fell in love with the puppy. So they decided to adopt him.

For instance, Biden’s doggy Major is about to be the first-ever shelter dog to be living in the White House

The Bidens also got another dog named Champ, who has been with the family since 2008

Now the two furry boys are best of friends

So now he has another companion calls Champ to share the happy moment in the white palace. So let’s warmly welcome both Mr Pawsidents..!!

10 Y.O. Boy Writes A Letter To His Neighbor Saying “I’m Wondering If Maybe After This Virus You Need A Dog Sitter.”

Stolen Pit Bull Found 2,000 Miles Away Returns Home For Christmas With The Help Of 15 Volunteers

27 Of The Funniest Posts Shared By Parents Stuck With Their...

Two Beluga Whales Are Rescued From Performing As Show Animals In...

Women’s Shoes Hung On Wall in Turkey to Commemorate 440 Women...

People Give This Woman The Clothes Of Their Loved Ones So...

You Can Spend the Night in a Covered Wagon at One...

This Is Loki, The Affectionate Raven Who Loves To Cuddle And...