If you wanted to be happy, joking is one of the easiest ways to do it. You can joke not only with your colleagues, siblings and even with your parents. Somehow the acceptance level of the joke is differing from one to one person where someone loves as same as someone hate it. But until it gets serious jokes are jokes. Non-other than the jokes which make with the parents are unforgettable and when it is creative it is going to be viral.

SeamanTheSailor uploaded a picture of a pair of glasses stuck to the ceiling in the Reddit. They did this as a prank to their father. But what is most interesting is that they didn’t stop hanging things until their father was able to notice the items. SeamanTheSailor continuously uploaded the photos while it updating nearly 30K followers. By using the blue tac and some command strips they were able to hang up the stuff starting the glasses and even the TV REMOTE…!!

“I stuck my dad’s glasses to the ceiling. For every day he doesn’t notice I will add another of his possessions”

“Day 2 of sticking my dad’s possessions to the ceiling until he notices. This is his phone clip”

When the last photo was uploaded everyone wanted to know the reaction of the father. “He called me a cheeky c**t,” SeamanTheSailor said. “Then we had a beer together and I showed him all the comments on my posts.” By thanking for the 432,8K viewer this joke labeled as the most famous father-son duos online!

“Day 3 of sticking my dad’s possessions to the ceiling until he notices. Today, a whole shoe”

“Day 4 of sticking my dad’s things to the ceiling. Today the TV remote”

“Well boys it was a good run, but all things must come to an end” 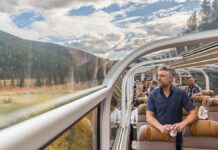 Meet The Iceman – 5,300-Year-Old and Best Preserved Human Being Ever Found

Flying snakes? Here’s how they can glide through the air

“It’s Only Taken Me 40 Years”: Woman Is Left Stunned Upon Finding Out How To Close A Cereal Box The Right Way

Why Women Who Stay Single for Long Periods Are the Happiest

These Kittens And Pups Got To Explore A Giant Aquarium And It’s Probably What...

Moms Are Applying Makeup Before Giving Birth To Look Good For...