It is hard to get rid of something that you addicted to even it’s not a value addition to life. Alcohol is one of thing most people used for many reasons and even on occasions. Although most of the drinkers said that it brings happiness in deeply it felt like a guilty pleasure. So why don’t they try to give up it? Even it does not bring instant results after the days going to the past it brings sever change to life. If you are still doubting, scroll down below you will agree with us.

This story is about the journey of a Kenny D., sobriety man who is saying that it is worth for fight against the alcohol. Within the three years, the changes that happen to his body are remarkable and it appears not only for him but also for others.

Kenny is 37 years old and works as a railroad engineer in the American Pacific Northwest. He took pictures of his from the beginning of this journey where it can treat as evidence to prove how much alcohol changes the body. As per his view since the alcohol only brings a problem to him and the family he wanted to drip from it.

“I started drinking in college. But it didn’t become a real problem until about 10 years ago. I began drinking often and always to excess. I discovered at one point that I could not control the amount I drank once I had taken the first drink. I could not drink without getting drunk. So I decided to quit. I would last a few days, a few weeks, a few months, one time for a year. Always with relapses in between. I knew I had a problem but I didn’t know what to do. I used to stand in the bathroom and look at myself in the mirror and wish I wasn’t a drunk. I would wonder how I got this way. Sometimes I was just indifferent to whether I lived or died. I just wanted it to be over and I didn’t care how,” he says when recalls his memory.

After the all hard three years now he lives in life which he dreamed about. The aggressive man becomes a calm person where he saw new gates of life.

“In my personal life, I’ve become an avid reader, I love to learn new things and read nonfiction and biographies. I’ve recently begun painting and that has opened up a whole new part of my brain that I didn’t know existed,” Kenny said about his newfound passions.

If you are sober this story is for you to be motivated. Even it seems hard, if you really want to do it you can do it. The ultimate results will be fabulous. 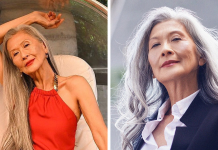 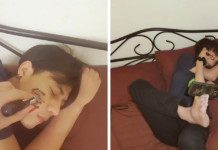 These 13-Inch Succulent Christmas Trees Are Ideal For Celebrating In A...

You’ll Be Amazed How People With Color Blindness See The World...

Husband Builds A “Bike Chair” So He Can Take His Alzheimer’s-Stricken...

Apparently, Dracula Parrots Are A Thing And They Might Be The...