A child is an entire world for every parent. Kids are growing so fast than you think. Since they around with you every time, their growth is unseen at all times. If you can collect the memories from their childhood, it may be a precious gift for them.

By spotting its value, Hua Yunqing, a father of Hua Hua, decided to take an annual photo with his daughter at the same place. He started taking the family photos by a lake in Zhenjiang, in China’s eastern Jiangsu province, in 1980, and kept the tradition up for 40 years!

The father was at the age of twenty-seven, and the daughter was one-year-old when the first picture was taken. At that moment, he didn’t have any plans to continue this tradition.

I didn’t have any thought of doing the same thing again, but when I got the photo back, I liked it so much that when we went back the next year, I repeated it,” he explained. After that, it became a sort of family tradition, and we did it every year with only one break in 1998 when my daughter did not join us for the family holiday and was abroad,” Yunqing pointed out that there was a small gap in the photos.

Here’s Yunqing looking over the photos in his album

Isn’t it a cool idea? Do you have such kind of family tradition?

17 Old Photos That Came Back to Life 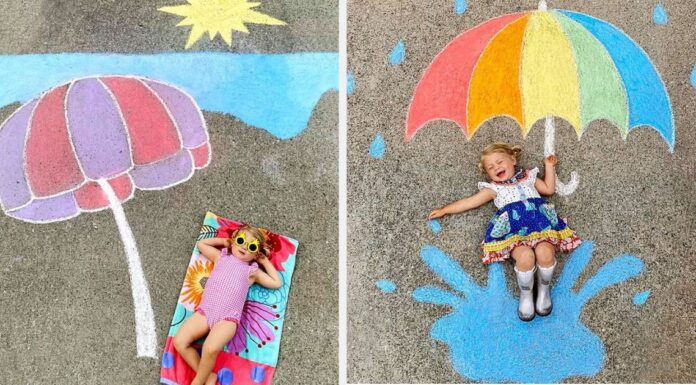 The Outdoor Gravity Park In Tennessee Is The Only Zorbing Destination In The USA,...

30 Times Doggos Acted So Ridiculously When Riding In Cars That Their Owners Just...

People Noticed These Instagrammers Who Heavily Photo-Edit Their Pictures And Exposed...

Trees with “Crown Shyness” Mysteriously Avoid Touching Each Other