Those who have a passion for cars will expose to the Volkswagen Beetle which is a historical icon. With its distinctive body shape, anyone can spot it more easily. Since Beetle car competing along with its unique beauty and the technical aspects, there is no doubt about the effort made by people to afford it.

Danni Koldal put an effort to convert the classic Beetle by revamping it into a cooler version. He added a new color for the 1961 Beetle Deluxe in an attractive way. This car was refashioned with sleek black matte color and elimination and modification of certain parts. Apart from that he removed the original chrome bumpers of the Deluxe and got rid of the fender-mounted turn signals and also, the old side mirrors. Shinny rims along with the whitewall tires perfectly matched with the model and windshield were chopped off along with the roof, brings an elegant look for the beetle.

Ever wondered what a Volkswagen Beetle Deluxe would look like if Batman was driving it?

The car was lowered, the windshield was chopped off, and ‘torpedo’ mirrors were put on to give it a mean look

Many think it’s what Batman would drive, but the body features a Superman hood ornament and trunk sticker

Don’t you like to go on a road trip with this beauty?

10 Y.O. Boy Writes A Letter To His Neighbor Saying “I’m Wondering If Maybe After This Virus You Need A Dog Sitter.”

Stolen Pit Bull Found 2,000 Miles Away Returns Home For Christmas With The Help Of 15 Volunteers 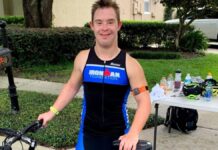 You Can Pedal Through California’s Redwood Forest On A Railbike, And...

30 Times People Built Their Cats A Cardboard Fort, And It’s...

How You React in Anger Can Reveal A Lot About the...

This New Snapchat Filter Makes Your Dog Look Like A Disney...

This Tattoo Artist Specializes In Trippy Tattoos And It Looks Totally...

This Bird Is Called The Black-Throated Bushtit And Yes, You Read...

People Whose Genetics Made Them Unique

Woman, 22, Spends Thousands On Lip Injections Aspiring To Have The...